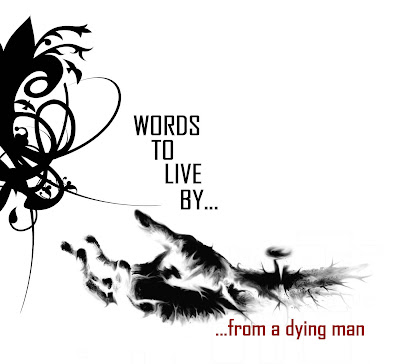 A study released last week revealed that cancer will likely overtake heart disease as the number one cause of death in the world in 2010. The most complete statistical data on leading causes of death I could find were located at the Center for Disease Control and Prevention web site. According to the CDC, the most recent (2006) final statistics listed heart disease as the leading cause of death, followed by cancer, stroke, chronic respiratory disease, and accidents (or unintentional death).

When people ask “How do you think you will you die?,” we usually take that question to mean, “What will be the cause of your death?” Maybe we should ask a better question, that being, “How will you face death when it comes?” The seventh and final phrase Jesus said on the cross is found in Luke 23:46. For me, this is as good as an explanation I can find in the Bible to shed light on how Jesus himself faced death.

“Then Jesus shouted, ‘Father, I entrust my spirit into your hands!’ And with those words, he breathed his last.” (Luke 23:46, NLT)

We know the cause of Jesus’ death was crucifixion, and medical doctors have gone to great lengths to explain how crucifixion worked in the first century. These insights from the halls of medicine include detailed analysis of how pain was inflicted and how crucifixion was lethal. None of that should be minimized, for Jesus’ did suffer greatly in his physical body. But I do think that we miss a dimension of the story if we neglect to see the resilience of spirit and declaration of faith from Jesus as he faced physical death. The seventh word was and remains a source of encouragement to those who need a faith lift.