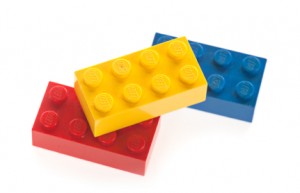 The marks of a true friend include trust, love, and sacrifice. A fourth characteristic I would add to that list is loyalty.
“As soon as the boy was gone, David came out from where he had been hiding near the stone pile. Then David bowed three times to Jonathan with his face to the ground. Both of them were in tears as they embraced each other and said good-bye, especially David. At last Jonathan said to David, ‘Go in peace, for we have sworn loyalty to each other in the LORD’s name. The LORD is the witness of a bond between us and our children forever.’ Then David left, and Jonathan returned to the town (1 Samuel 20:40-41, NLT).

When it became evident to David that he would need to flee for his life, Jonathan was there. Jonathan remained loyal to David when times were tough and everyone and everything was against him. A true friend like Jonathan “has your back” at all times. They have your back when they are with you as well as when you’re not around.

The final characteristic of a true friend is presence. “One day near Horesh, David received the news that Saul was on the way to Ziph to search for him and kill him. Jonathan went to find David and encouraged him to stay strong in his faith in God. ‘Don’t be afraid,’ Jonathan reassured him. ‘My father will never find you! You are going to be the king of Israel, and I will be next to you, as my father, Saul, is well aware.’ So the two of them renewed their solemn pact before the LORD. Then Jonathan returned home, while David stayed at Horesh” (1 Samuel 23:15-18, NLT).

Life is not about who shows up at your funeral. It’s about who shows up in your time of loss, failure, and frustration. It’s about who is there when everyone else has walked out of the room. I’ve noticed it’s popular to say to a struggling person, “I’m HERE for you.” I think when people say that they intend to convey their availability. Yet when I think about it, the burden is still on the struggling person to reach out and initiate the contact. Jonathan was more than HERE for David, he went THERE for David. He took the initiative and left his own post, crossed enemy lines to reach out to David. That’s next level presence.
Jesus did that exact same thing, leaving the splendor of heaven and stepping into our world and our lives. Jesus came to us as Immanuel, “God with us.” His promise was and is to never leave us or abandon us. So don’t forget, if you don’t have a Jonathan who is THERE for you, Jesus already is.

My hope is that this week’s series of posts has been beneficial. We need relationships that build and bless our journey. God cares about your journey as well as your destination. The dynamic tension of life is that if we don’t meet God on the journey, we won’t meet him in the destination. Your life is God’s gift to you so that you can know him both now and forever.