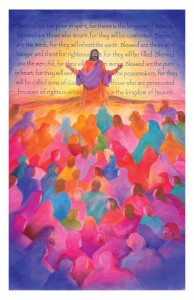 “You are the salt of the earth. But what good is salt if it has lost its flavor? Can you make it salty again? It will be thrown out and trampled underfoot as worthless” (Matthew 5:13, NLT).

My grandfather has been gone for over 20 years, so my memories of him are diminishing. One thing I do remember is that when he sat down to eat a meal he salted his food before he tried it. Even as a child I thought this was a little absurd, given the fact that he used so much salt you could see it glisten. When we think of salt we usually think of using it to season food. But in Jesus’ context salt was more frequently associated with preserving meat given their lack of refrigeration. Granted, salt would have been used for flavoring in Bible times, but it was first and foremost a preservative.

Scholars believe salt was mined from the Dead Sea. Several years ago I participated on a mission trip to Haiti. As we travelled up the Caribbean coast our guide pointed out a section of the beach where Haitians would dam up water from the rising tide and then let it evaporate so they could mine the salt from the ocean water. It seemed like a primitive practice, but it does speak to our multicultural value of the product.

Jesus indicated that salt’s effectiveness is conditioned by its purity. I am told that sodium chloride is a fairly stable chemical compound. But even table salt can become contaminated or diluted. Jesus’ point is well taken. As salt of the earth we must make sure that we remain free from contamination so that we may bear our influence well. We have a responsibility to act as a preservative in a world that is decaying. If we don’t, our influence will be diminished and ultimately without value.

Tomorrow I’ll turn my attention to the second metaphor, light.