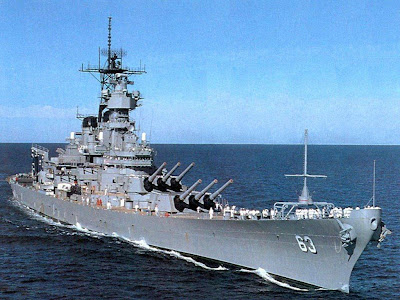 On the surface we would believe that the early church in Acts was blessed with outstanding growth due to the anointed preaching of the apostles; their balanced practices that would evolve into much of our church programming today; and a talented and committed membership base. Only when we gaze beneath the surface do we discover that the church was framed in the midst of adversity.

The early church had to deal with persecution enacted by religious leaders and later, the Roman government itself. The church had to confront hypocrisy within its own ranks as certain members chose to seek reputation enhancement over character development. But in Acts 6 we find the greatest challenge of all…the question concerning what kind of church they were going to be.

A cruise ship, on the other hand, is about the comfort of the passengers. Passengers pay the fare to receive first class service, food, and entertainment. The experience is wonderful, but it’s all about the passengers.
The difference between the battleship and the cruise ship is the nature of their mission. What if the early church would have assessed their needs and their size and determined to make their mission about their “passengers” instead of staying on point with regards to their mission? It could have been disastrous! Yet many churches face the temptation to focus inwardly on the care and comfort of their members versus reaching out to their communities and the world.
What did the apostles do when they faced the problem in Acts 6 regarding food distribution to the Greek speaking widows?
The first thing they did was to guard their unity. We find the apostle’s concern for the church’s unity implied in the text. In the New Testament, unity refers to “thinking in the same direction.” In other words, unity means that everyone is on the same page, thinking the same thoughts.
The second thing the apostles did was to retain their focus. Verse two made it clear that the primary focus of the church was and would continue to be the gospel of Jesus Christ.
Third, the apostles involved their membership. They didn’t assess the problem at hand and minimize it or act as though it didn’t exist. No, they developed a plan of action and sought the community’s participation in selecting people of good reputation, full of the Holy Spirit and wisdom to engage the need. Ministry has an important role in the church, but like football, the purpose of ministry within the body is to get the members back on the field of play where they can continue to participate in the broader mission of the church.
Next, they adjusted their organization. They made a systemic change that would serve the mission by serving the people on mission.
Finally, they increased their influence. This simple process enabled the church to continue its growth and extend its influence to the point that even Jewish priests were converting to faith in Christ.
As I prepared and delivered this message this weekend, I was amazed at the maturity and wisdom of the apostles who led the early church. I was even more impressed by their unwavering commitment to the mission of the church. When given the choice between remaining a battleship or becoming a cruise ship, they got it right. I hope we will too.

1 thought on “Is Your Church a Battleship or a Cruise Ship?”