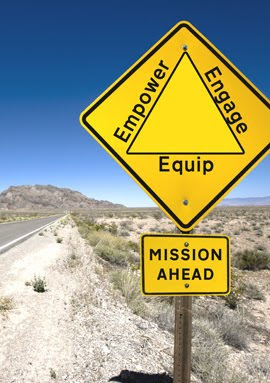 This past weekend I began a three week series on the missional strategy of our church. Using Paul’s template from Acts 20:20-21, I shared the first piece of our strategy which is to engage our community and culture. Luke reports these words that Paul offered the Ephesian elders:

“I never shrank back from telling you what you needed to hear, either
publicly or in your homes. I have had one message for Jews and Greeks alike—the
necessity of repenting from sin and turning to God, and of having faith in our
Lord Jesus.” (Acts 20:20-21, NLT)

1. Move forward with expectation (20:20)
Paul remarked that “I never shrank back…” Literally, he never withdrew, withheld, cowered, or concealed. Paul was never off point or off task. The word shrank was a word picture for lowering the sails. Paul had recently been at sea so maybe this was where the metaphor came from. When Paul states that he never shrank back he was basically saying “I never lowered the sails.”
When does a sailor lower the sails? A sailor lowers the sails when the journey is finished or abandoned, or worse, when there is no wind. Paul’s disposition to the gospel was to advance, make progress, and move forward. He was determined to win.

2. Provide a singular message with clarity (20:20-21)
Paul said, “I have told you what you needed to hear.” Paul extended one message to all people: repentance from sin and faith in Jesus. It was the Kingdom message of stepping out of our kingdoms where we rule and reign and stepping into God’s Kingdom where he rules and reigns.
3. Seize every opportunity to engage people (20:20)
Whether it was meeting with large groups in public assemblies or in smaller groups in homes, Paul seized every opportunity to engage people with the Kingdom message.
We observe this pattern in the ministry of Jesus and in the ministry of the apostles in the early church. Both Christ and the apostles were committed to meet with large assemblies of people, with smaller groups of people and individuals who crossed their paths.
What we are doing in church today is rooted in a 2000 year old biblical tradition. We’re not trying to get into the 21st century; we’re trying to get back to the 1st century.
We assemble for worship as a large group. We meet in smaller groups through Sunday School and small groups that meet in homes. We invest in relationships with individuals and invite those people to take another step toward Jesus.