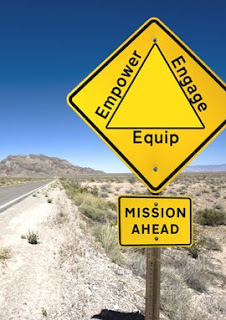 Several years ago I was having lunch at a restaurant with a friend. During the course of our conversation, we suddenly heard a crash from a booth across the room. It sounded like a server had dropped an entire tray of food. When we looked over we saw a man sitting at his table struggling to breathe. He had both hands up to his throat and it was obvious that he was choking. Two servers ran to the table and started asking for help. My friend jumped up and went to the choking man. He lifted him up out of his seat and began to perform the Heimlich maneuver. After several sharp thrusts the food was dislodged and he was able to breathe again. Those of us who witnessed the act stood and cheered.

My friend was a hero. The restaurant paid for our meal. Several people came over to congratulate my friend on his quick thinking and clear headed response. His appropriate reply was, “I’ve had some first aid and CPR training.” While the witnesses were impressed by hiss speedy response, the bottom line is that he was prepared.

In his book Unfinished Business, Greg Ogden remarks that the first reformation returned the Bible to the people of God, and the second reformation returned the ministry to the people of God.
The biblical pattern of Ephesians 4:11-16 instructs gifted pastors to equip the members who in turn are to do the work of the ministry. Pastors deploy their gifts so the body can discover, develop, and deploy their gifts their gifts.

So how do we go about this? Tomorrow I’ll share three steps in our strategy to equip the people of God that we are doing at Ashworth Road.