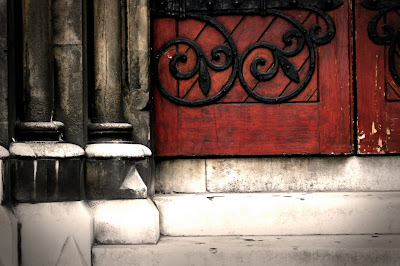 What do people who are proverbially on the church steps expect of those on the inside? The story of Acts 3 begins with Peter and John going to the afternoon prayer meeting at the Temple. On the steps of the Temple they encountered a man with a congenital disability, rendering him unable to stand or walk. As the story goes, this lame man was carried to the Temple steps on a daily basis where he would beg for money. To him, Peter and John were just two more guys going to church, so when he saw them he made his repeated request for alms. Picking up the story in Acts 3, the Bible says, “Peter and John looked at him intently, and Peter said, ‘Look at us!’ The lame man looked at them eagerly, expecting some money” (Acts 3:4-5, NLT).
Notice that the lame man expected the people of God to be compassionate. Alms giving was an important part of Jewish piety in the first century. The Old Testament law commanded it, and Jesus commended it (see Matthew 6:1-4). Giving to the poor was a litmus test for faithfulness, so it makes sense that the man sought out the church steps for help.
Notice also, however, that the lame man didn’t really expect the people of God to do much more than toss him a couple of bucks. The story makes it fairly clear that this was his daily practice, presumably because he never received enough to carry him for more than about 24 hours.
Do you ever wonder what people outside the church expect from the people of God who worship inside the church? I think one of the biggest challenges we have in reaching our communities with the gospel is that most of the people inside the church have been going to church most of their lives. Reconcile that with Jesus’ commission to take the gospel to people who have never been to church much, if any at all. I wonder if there is a disconnect between the people on the church steps and the people who are inside the doors? What can we do about the tension between “their” expectations and “our” assumptions? I think that’s a conversation worth having. Tomorrow I’ll post on Peter and John’s response to the expectation they were met with, and how we can respond to expectations today.