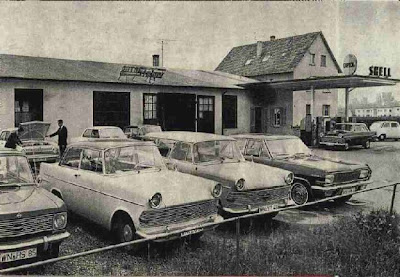 In the previous posts, I discussed the work of the present Kingdom as a redemptive order and a missional community. We now turn our attention to the final aspect, which is transformation.

The present kingdom is a transformational order which results in Christians and the church who become redemptive realities within the kingdom. N.T. Wright says it this way, “It is the story of God’s Kingdom being launched on earth as in heaven, generating a new state of affairs in which the power of evil has been decisively defeated, the new creation has been decisively launched, and Jesus’ followers have been commissioned and equipped to put that victory and that inaugurated new world into practice. Atonement, redemption, and salvation are what happen on the way because engaging in this work demands that people themselves be rescued from the powers that enslave the world in order that they can in turn be rescuers.” (Surprised by Hope, 204) Our work is Kingdom based and Kingdom focused, and is consumed with the business of transforming what is into what can be and should be.

Now for an aside, which will probably come across like a soap box. Christians and churches are in the Kingdom, but we cannot reduce the kingdom to Christians and churches and denominations.
Suppose there is a reality in the world that I’ll call “transportation.” In the realm of transportation there are several expressions: airplanes, boats, railroads, and automobiles. In the category of automobiles one will find several makes of automobiles produced by General Motors, Ford, Chrysler, Nissan, Toyota, Saturn, etc. Of those auto manufacturers, let’s select Dodge. Dodge produces cars, and sells them through a number of local dealerships across America. Now, imagine you are looking for transportation, and you do the research and decide that you wish to purchase a Dodge car. You would go to the Dodge dealership, purchase the car, and become a Dodge owner. When you need your oil changed or tires rotated, you go to the Dodge dealership for service. In the unfortunate occurrence of a fender bender, you would go to the Dodge dealership for the repair. The point is this: Dodge owner and Dodge dealership are to the vast realm of transportation what Christian and local church are to the Kingdom of God. The Kingdom of God is a big, big place. We cannot reduce our individual or congregational experiences of faith to the sum total of the size and scope of God’s Kingdom.

Some time ago, my cousin and her family hosted a foreign exchange student from Italy. In my one and only conversation with the young man, I asked him about what differences he noticed between his life in Italy and his brief experience in America. Without reservation, he remarked that he couldn’t believe American’s love affair with private transportation. In a five minute response, he detailed the excess and waste of American families “need” to have multiple cars, and contrasted that with the superiority of Italy’s public transportation system. Ironically, that’s the same way we view our personal Christian experience and congregational life with regards to the greater kingdom. Again, the Kingdom of God is a big, big place.

Our personal faith and broader congregational participation are part of a greater whole. We participate in the Kingdom. We have been changed by the Kingdom are being shaped by and for the Kingdom. We take on kingdom goals and aspirations. It is not merely a realm of influence, but a movement. When reduced to Christians in local churches, the metric is quantifiable. How many people? How large is the budget? How many baptisms? How many square feet of facility? In the Kingdom, the metric is different. The Kingdom metric is transformation, or “life change.”

My favorite writer is without question Dallas Willard. In his book The Divine Conspiracy, Willard writes, “The kingdom matters because of what Jesus brought and still brings to ordinary humans, living their ordinary lives and coping daily with their surroundings. Jesus promises wholeness for our lives. In sharing our weakness he gives us strength and imparts through his companionship a life that has the quality of eternity. The ordinary becomes a receptacle of the divine…a place where the life of God flows.” That descriptive passage is important, because it helps us understand what really counts in the Kingdom of God. Not everything you can count, counts. In the Kingdom what counts most is transformation.