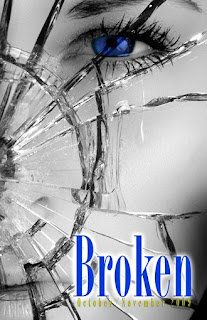 One of the clearest biblical passages that deals with the purposes that suffering works out in our lives is Paul’s autobiographical discussion of his “thorn in the flesh.” 2 Corinthians 12:1-4 states,

“This boasting will do no good, but I must go on. I will reluctantly tell about visions and revelations from the Lord. I was caught up to the third heaven fourteen years ago. Whether I was in my body or out of my body, I don’t know—only God knows. Yes, only God knows whether I was in my body or outside my body. But I do know that I was caught up to paradise and heard things so astounding that they cannot be expressed in words, things no human is allowed to tell.” (NLT)

No one can say with confidence what experience Paul is referencing. The dating would have put it in the vicinity of 43 A.D. It seems that one logical possibility would have been his stoning in Lystra (cf. Acts 14:19-20). His testimony attested to being caught up into the third heaven. In Jewish cosmology, the first heaven was the abode of the birds; the second heaven was the abode of the stars; and the third heaven was the abode of God and his angels. His point is that he had greater reason to be prideful than his arrogant readers in Corinth. His visions and revelations were superior to theirs. Yet he was not going to boast in these things. He gave preference to boasting in his weakness instead (cf. 2 Corinthians 11:30). Why? In 12:6, he shares “I won’t do it, because I don’t want anyone to give me credit beyond what they can see in my life and hear in my message.”

So, to reduce or even eliminate pride in his life he received a thorn in the flesh. The word thorn is literally “stake,” similar to a stake that would be used to impale someone. This thorn (or stake) was described as a messenger from Satan that served two purposes. The first purpose was “to torment him.” The word torment means to “harass;” “fisticuff;” or “strike blows.” Every day the presence of the thorn created discomfort, as though someone repeatedly struck him in the face with their fist. The second purpose was to develop humility in his life.

So what was the thorn? Several suggestions have been offered by biblical writers. Among those suggestions are:
1. Paul had a physical ailment such as epilepsy.
2. Paul was physically short, or perhaps suffered from a speech impediment (1 Corinthians 2:1-5; 2 Corinthians 10:10).
3. Paul was prone to a particular temptation to sin.
4. Paul struggled under the heavy load of his work and the difficulty of the ministry (2 Corinthians 11:23-28).
5. Paul had poor eyesight stemming from his experience in Acts 9 on the road to Damascus (Galatians 4:13-15; 6:11).
6. Paul’s thorn was not a physical challenge at all but rather an enemy that purposed to create pain in his life (2 Timothy 4:14-15).

The bottom line is that we don’t know what the thorn was. It’s a fun conversation. But it brings an important question: What is your nagging reminder to renounce pride and depend upon God? Could it be that the clearest indicator that something is wrong is that everything is right?